IMPORTANT MESSAGE TO ALL AMERICANS

On 8/10/21-8/12/21 a 3 day live event was held to show the proof and evidence to the world that the 2020 Presidential election was stolen and that Donald Trump won the battleground states of WI, MI, AZ, PA, GA. THIS MEANS TRUMP WON THE ELECTION!. - See the evidence and proof yourself, it's available on the website that hosted the 3-day event, https://frankspeech.com/

What Happened in November 2020?

Trump won the election, that's what. The proof/evidence of this is on FrankSpeech, and so is the detailed forensic evidence showing exactly how the election was stolen. On Frank you will be shown how millions of votes were 'flipped' from Trump to Biden using the voting machines. You will also be shown proof of massive paper ballet fraud. What this election theft amounts to is the overthrow of the duly elected government by the democrats. And what's really going to anger you is, the democrat party could not have pulled this off without the help of the republicans.

The Election Theft was Recorded.

What most people do not know is; the raw encrypted data from the voting machines for the entire election was recorded via 'Packet Captures', and this includes detailed data showing the votes being stolen. That's the equivalent of filming a bank robbery with none of the robbers wearing masks or gloves and smiling into the camera and leaving fingerprints everywhere. The election data forensics show exactly how many votes in each state were flipped from Trump to Biden. This is all explained and shown via the video below, Absolutely 9-0. The evidence is in plain site but our politicians will not allow 'full forensic audits' because they know full audits will reveal Trump won their state. Then every state Trump won would need to decertify Biden as the winner. These following states will need to decertify Biden if full forensic audits are done: WI, MI, AZ, PA, GA. And this is why states are blocking the audits.

The 'Packet Captures' Explained. See how Trump votes were flipped to Biden. 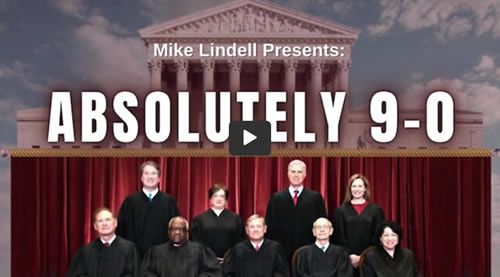 Why do so few people know about this?

Because the news media, including Fox news refused to advertise it or even mention it and all the social media platforms banned any mention of it. Fox news point blank refused to advertise the event and none of the heavy hitter show hosts mentioned any of the findings or proof. Why? Most likely because they will lose their jobs if they did.

Now you decide if you, as a United States citizen, want to be able to select your government or if you want the democrats to do it for you. If you voted Trump in 2020, your vote did not matter, and it will not matter in 2022 or 2024 or ever again because the democrats now have full control over who wins elections. Unless the 2020 election theft is righted and the truth made known to the American people, the democrats will be selecting not just the President, but house reps and senators as well, forever and ever.

How can the election theft be righted?

The election theft in every state, especially the 5 battleground states must be proven via full forensic audits (which includes the voting machines). Then every state Trump won would need to one by one decertify Biden as the winner until Biden's electoral votes fall below 270. Biden had 306 electoral votes so he only needs stripped of 37 to be decertified as the winner. This means only a few of the states need to decertify him. Example: If just these three states, PA (20), MI (16), WI (10) decertify Biden, he is stripped of 46 points which puts Biden at only 260. This means we no longer have a winner or President because 270 points are needed to be declared the winner. Then what? Are these points given to Trump making him the winner and legitimate President?

The decision to have full audits is made by State lawmakers.

Each state governs how its elections are run and they (the states) certify the winners of their state. They can also decertify a winner. They also decide whether or not proper audits ('full' forensic audits) are going to be allowed regardless of how much evidence of fraud there is or how many of their constituents tell them to do it. A lot of law breaking had to be done by people in high places in order to steal the election so a whole lot to people in high places have a whole lot to lose if the election theft is allowed to be uncovered. - Do you understand now why so many of your people in high places, ie; your state reps & senators, are fighting so hard to not allow 'full' forensic audits to be done. There is only two reason to do a full forensic audit:

(2) To prove no election fraud.

The election theft proof and evidence must be shared with as many people as possible and as quickly as possible. We need people to start coming together in large numbers to demand full forensic audits of their state's election results. To share the election theft proof, at the bottom of this page is a message you can copy and paste to emails, text messages and post on social media platforms. Also, people must understand that although it is the responsibility of our politicians to make this right, they are the problem, not the solution. If they wanted to right this crime they would be having full forensic audits done, not blocking them. It's up to everyone of us to get the truth out because like the politicians, the news media is also covering up the proof.

THIS SITE IS BEING EDITED, MORE INFO TO COME SOON.

Many more videos are available on FrankSpeech.

A Wake Up Call. 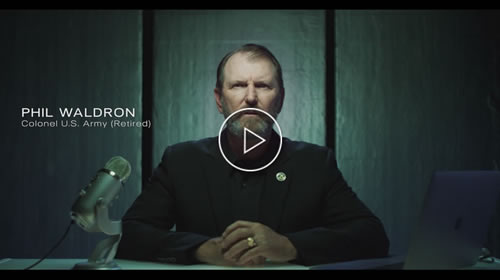 Copy and use the following message to share with everyone you can via email, text and on social media.

On 8/10/21-8/12/21 a 3 day live event was held to show the proof and evidence to the world that the 2020 Presidential election was stolen and that Donald Trump won all 5 battleground and states. This means Trump won the election! The Proof: The raw encrypted data from the voting machines for the entire election was recorded and this includes the data showing the votes being stolen. Your state lawmakers know about this and they are keeping this information from you and blocking full forensic audits from being done because they know it will show Trump won these 5 states and they will have to decertify Biden.

Visit the site that held the event: https://frankspeech.com/